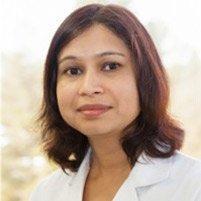 Over 12,000 women in the United States are diagnosed with cervical cancer each year. However, if caught early enough, more than 90% live at least five years after diagnosis, and nearly half of all cervical cancer cases are caught while still in the early stages of development. If it has been more than 3-5 years since you’ve had a cervical cancer test, call or make an appointment online today with Dr. Padmaja Sharma at Fremont OB/GYN in Fremont, California.

What is cervical cancer?

When the cells in your body grow out of control, it’s called cancer. The type of cancer you’re diagnosed with depends on where the disease originates in your body. Your cervix is the lower, narrow end of your uterus. It connects your vagina to the upper part of your uterus.

The human papillomavirus (HPV) is spread through sexual contact and can cause cervical cancer. While most women's bodies fight off HPV infections, if you smoke, have given birth to many children, used birth control pills for a lengthy period, or were diagnosed with HIV, your risk of developing cervical cancer increases.

What are the symptoms of cervical cancer?

How is cervical cancer diagnosed?

When you see Dr. Sharma for a Pap test, she scrapes cells from your cervix. She then sends the sample to a lab where a technician looks for abnormalities.

If your Pap test results come back as abnormal, or if you’re over the age of 30, Dr. Sharma uses an HPV DNA test to determine whether or not you have any of the HPV strains that lead to cancer.

Dr. Sharma also offers MyriadⓇ testing to help determine if you’re at risk for developing cervical and other types of cancer-based on genetics.

If you do have cervical cancer, additional testing helps determine its progression.

How is cervical cancer treated?

The type of treatment you receive depends on which stage your cancer is in.

A hysterectomy cures early-stage cervical cancer and prevents its return. However, since this surgery includes removing your uterus, you won’t be able to have children.

If your cervical cancer has advanced to a further stage, radiation and chemotherapy are added to your treatment plan to kill off cancer cells remaining after a hysterectomy.

To get tested for cervical cancer, call or make an appointment online with Dr. Sharma at Fremont OB/GYN today.